When I was two years old my parents, along with my Aunt Kitty, Uncle Jim and my cousin Doreen who was 5 and her baby brother Kevin  emigrated to Canada. My father was a welder and during the winter became ill with pleurisy and the money began to run out and so my parents decided to return to the UK with their last few pounds.
My aunt and uncle stayed in Canada and built a life never returning to the UK.
That was 54 years ago and today after all those years and much water under the bridge my cousin Doreen is flying from Toronto for a 2 week holiday here in the UK!!
I am picking her up from the airport at 11.30 and will meet her for the first time!!
Both her parents have sadly passed away but my dad is happily waiting to meet her again after all those years.
I have a feeling there will be a few tears and lots of chat!!
So I will post some pictures and lots of news as soon as I have time....
I am a bit nervous which is curious for me ...wish me luck!!
The good news is that Doreen is coming to the Stratford fair with me!!!!!
Posted by Three O'clock Bears at Tuesday, May 31, 2011 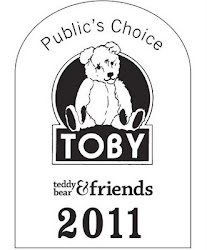 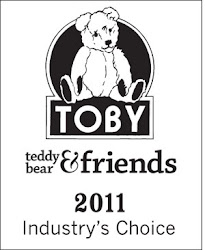 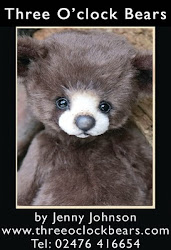